US officials at a UN conference expressed “deep suspicion” of Russia for its advancement in the creation of “space weapons.” Assistant Secretary of State Yleem Poblete called Russia’s developments “disturbing.” 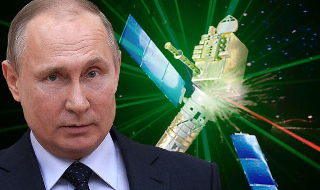 Russian officials dismissed the claims as “unfounded and slanderous,” saying they want to avoid a new arms race in outer space. US officials say a new Russian satellite is acting “abnormal” and they are alleging that to be evidence of weaponry.

In reality, the US interest in hyping Russian space weapons is fairly transparently an attempt to bring new attention to the militarization of space, as President Trump has been very keen to establish an enormous Space Force, and failed to get Congressional funding.

Selling the Space Force to the public and the legislature is contingent on it being used for something. Barring an alien invasion, there just isn’t a lot of use for a Space Force that is “separate but equal” to the Air Force. That’s true even with Russia and China having some limited anti-satellite lasers, but the Space Force seems particularly important to the administration, and those lasers are all they have to hype.

17 thoughts on “US ‘Suspicious’ of Russian Space Weapons”