The Ghani government in Afghanistan as been losing ground to the Taliban consistently for months. The ever-worsening situation on the ground hit another major blow, with Friday’s attack on the city of Ghazni quickly leading to a precipitous fall of most of the city. 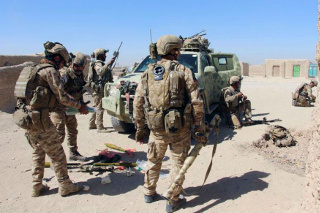 With reinforcements scrambled and recovering at least some of the city, officials are downplaying the situation. Afghans, however, see this as just the latest in a long line of failures by the government.

Losing rural districts is one thing, but big, important cities on the main north-south highway in Afghanistan clearly doesn’t sit well with a lot of people. For those not in Ghazni, many have relatives there, and they are struggling to find out how they’re doing, with communications in the city effectively cut off since Friday.

This was just one of several offensives the Taliban is carrying out. The Taliban is also engaged in offensives in the north, and further east, and quickly overrunning security forces on both fronts. With reinforcements racing to Ghazni, those other smaller offensives are virtually unchecked.

The Taliban may or may not claim Ghazni in the long term with this offensive, but the fact that they were able to contest it for much of a week shows that the city is vulnerable, and wherever they find a vulnerable city, more Taliban offensives are sure to follow.