For decades, the world’s de facto currency of record has been the US dollar. This has meant that commerce, even between two countries that don’t use the dollar as their currency, tends to be conducted, at least in some roundabout way, in dollars. 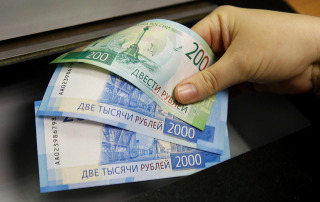 Russian officials say that this could soon change, and that they support the idea of conducting bilateral trade in the national currencies of whoever they’re trading with, instead of the US dollar. Kremlin officials say this idea needs work before being implemented.

Ever-increasing US sanctions against Russia could make this more convenient, as access to US dollars on the global foreign currency markets isn’t always convenient. In the case of trade with countries the US is trying to ban trade with, like Iran, it’s virtually impossible.

Turkish officials say they’re on board for the idea, with President Erdogan saying Turkey is already prepared to conduct all trade with China, Russia, and Ukraine through their respective currencies. This move comes amid US sanctions and tariffs on Turkey, which have led to the collapse of the Turkish lira.

6 thoughts on “Russia Favors Trade With National Currencies, Not US Dollar”