Taliban forces have been making inroads in several parts of Afghanistan with major offensives in recent months. Before dawn on Friday, they carried out a raid into the provincial capital of Ghazni killing 14 police and leading to a multi-hour battle. 39 fighters were also reported slain. 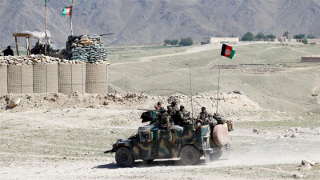 The US presented it as a “failed attempt” to capture the city, and said that with close air support, Afghan forces were able to hold their ground. It’s not clear this first raid was actually an attempt to capture the city outright, however.

The Taliban have contested several provincial capitals over the past few years, and generally speaking have launched smaller raids against security forces, trying to soften them up and challenge the defenses within, before making serious attempts to capture them outright.

In this case the Taliban don’t seem to have tried to take any territory, just getting in, hitting some police, and then hiding in houses and trading gunfire for hours, before fleeing back into the outskirts. No government buildings were contested, which led the US statement to conclude it was “inconsequential.”

Yet any time the Taliban are invading key cities on major highways in Afghanistan, it’s consequential, even if the city didn’t fall in the first push. The Taliban’s presence in the area must be substantial for such an attack to even be possible.