With Congress flat out refusing to fund the plan in the 2019 military spending bill, the Trump Administration is continuing to insist that they intend to create a new sixth branch of the military, the “Space Force,” by 2020. 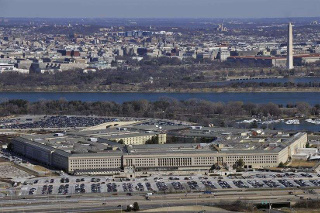 Vice President Mike Pence set out the plan on Thursday, saying it was the “next great chapter in the history of our armed forces,” and prepare for the “next battlefield” of America’s wars, which apparently is space.

Pence addressed the lack of Congressional approval, saying that the Space Force won’t be built from scratch just yet, but rather will see an increased centralization of the existing Space Command, which is part of the Air Force, while establishing more space-centric agencies and forces to fill out what would eventually become Space Force, if and when it is ever approved by Congress.

Trump had previously claimed Space Force would be “separate but equal” to the Air Force, and would ensure total US dominance over space into the future. He has insisted he believes space is a place where a lot of stuff is happening.