While some nations are backing away from Iran amid US threats to sanction anyone who continues to do business with them, Chinese officials are reiterating that they will continue to do business with Iran. They are one of Iran’s largest trading partners. 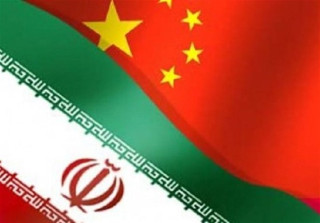 “China’s commercial cooperation with Iran is open and transparent, reasonable, fair and lawful, not violating any United Nations Security Council resolutions,” China’s Foreign Ministry insisted in a statement, adding that “China’s lawful rights should be protected.”

China is a party to the P5+1 nuclear deal. The US withdrew from the deal in May, and now demands everybody follow the sanctions on the program as if the nuclear deal didn’t exist. China buys 650,000 barrels of oil per day from Iran, and will continue to do so. That’s about 7 percent of China’s oil imports.

None of the P5+1 parties to the deal intend to halt trade with Iran, though some European companies are saying they will halt such trade in spite of promises of EU protection. Iran has said they will continue to export oil and do business as best they can irrespective of US attempts to prevent them.

One thought on “China Will Continue Trade With Iran, Despite US Threats”