Yemen’s Houthi rebels announced on Tuesday that they are unilaterally halting all attacks on naval targets in the Red Sea for at least the next two weeks. They say this is part of an effort to bolster UN peace efforts. 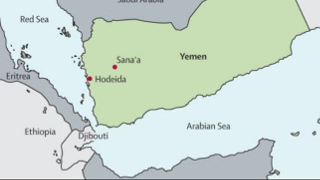 The statement, issued by the Houthi Defense Ministry, says that the ceasefire will start on August 1, and that they are open to extending it beyond two weeks if the Saudi-led coalition reciprocates on the move.

The Houthis have recently carried out attacks on Saudi-owned ships in the Red Sea, including oil tankers. The strikes have done limited damage to the ships, but the Saudis have suspected oil exports through the Red Sea because of this.

The halt of exports has region-wide implications, and in recent days media speculation about the US attacking Iran centered on the idea that the attacks on ships in the Red Sea, despite being done by Houthis and not Iran, would be a pretext for such a war.

The Saudi-led forces are attacking the main aid port in Yemen, Hodeidah, in recent weeks, with the UN trying to broker a deal to prevent the city falling to the invading forces. The last aid port under Houthi controls, it is the site of import for roughly 70% of the food in Yemen, and the lone source of supplies for the entire rebel-held north. If the port falls, the UN is predicting a more or less immediate, catastrophic famine.