President Trump has issued a statement thanking Kim Jong-un for the return of a number of remaining of US soldiers killed during the Korean War. The administration is urging people to remain patient with North Korea and allow progress to continue to develop. 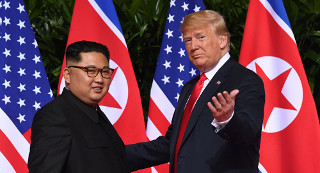 There was a lot of speculation among lawmakers after Secretary of State Mike Pompeo confirmed North Korea is still producing fissile material. Pompeo did not elaborate on this, but experts downplayed the fact, saying it was entirely expected.

Jenny Town from 38 North noted that North Korea never pledged to halt all nuclear activity, adding that she “would expect the activity to be at low levels and no new projects pursued.” Since North Korean civilian nuclear reactors do produce small levels of fissile material, it might not mean anything military-related that those reactors are still in operation.