According to a statement issued by the Saudi-led coalition attacking Yemen, Saudi warplanes attacked and destroyed a number of missile launch sites in northern Yemen. Saudi state TV aired black and white footage of what they said was one of the strikes. 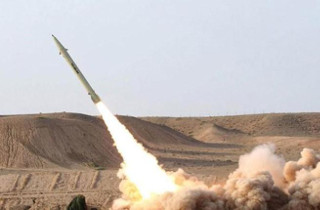 Yemen’s Houthi rebels control the country’s north, and subsequently held most of the military sites where the nation’s pre-war ballistic missiles were stored. Those missiles have been intermittently fired at Saudi Arabia, albeit with the Saudis claiming to have intercepted the vast majority.

The missile launch sites were said to have been in the Saada Province, which makes sense. This is both a Houthi-dominated region and the border with Saudi Arabia, meaning it would be the closest place to launch missiles at the Saudis from.

Details are still scant on what the Saudi attack did. The TV footage showed a single site being destroyed, but statements gave the impression the Saudis were attacking multiple launch sites across Saada. The Houthis have so far not issued any statements on the attack, nor are there reports of casualties.