The July 1 ceasefire declared over the Yemeni port city of Hodeidah appears over, with Saudi-led forces carrying out a series of strikes across the city, including major airstrikes in the center of the city, doing major damage. 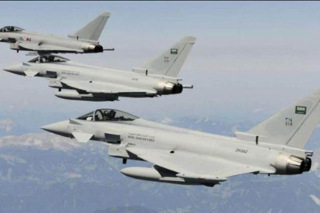 Warplanes hit a plastic factory, an outdoor market, and a fishing pier in the city’s center. Another strike targeted a Houthi military police camp in the city. There was substantial damage to buildings reported, but as yet no report on casualties.

During the ceasefire, Saudi-led forces attacked a series of towns further south of the port city, through which about 70% of all food and humanitarian aid enters Yemen. The ceasefire was intended to give the UN time to negotiate a deal to prevent the city’s invasion.

Officials have yet to discuss what exactly happened, and why the ceasefire ended. The UN had tried to get the Shi’ite Houthis to give the city to the UN, which they’d agreed to do. Saudi-backed Yemeni forces, however, objected to this plan, saying they’d only allow the UN to take the city if the rebel Houthis surrendered the entire rest of the country.