A day after shooting down a Syrian jet on suspicion that it accidentally crossed into Israeli airspace, the Israeli military attacked a site in southern Syria from which a pair of rockets were launched. The rockets were suspected of having landed in the Sea of Galilee, though officials seemed uncertain of that point. 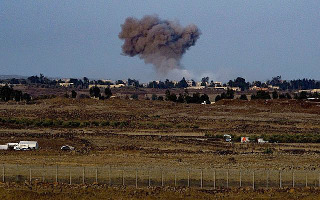 The rockets appear to have been fired against the ISIS forces controlling some of the area along the Golan Frontier. Israeli military officials say that two of the rockets went errant, and were believed to have strayed into the sea, leading to an air raid siren.

The subsequent Israeli attack, involving warplanes and artillery fire, was said to have targeted the rocket launcher. Israeli police say they are combing the sea for rocket remnants, but haven’t found any.