Amid recent reports that the Trump Administration is likely to push for a strategy review in Afghanistan, US military commanders claim that suggestions peace talks with the Taliban might be possible show the strategy of the war is already working. 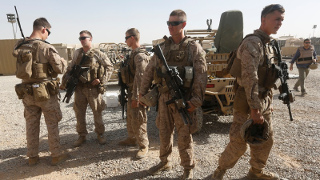 17-plus years into the war, peace talks are a possibility, but the only reason to think they are likely at all is that Afghan President Ghani has been pushing for such talks. In recent months, President Trump ruled out such talks, but in recent weeks the administration has said they’d be open to playing a part in such talks.

Gen. John Nicholson said the shift from the US ruling out talks to being open to them is “extremely relevant,” and says it is even more important than other metrics on how the war is doing. Which is useful for the military, because all those other metrics show the war going extremely poorly.

Civilian deaths are at a multi-year high, while the Afghan government continues to lose ground to the Taliban, and holds less territory than at any time since the 2001 US invasion. An escalation throughout the last year has not reversed this trend, which is why the administration is looking to review the strategy.

Military commanders have been insisting that “progress” has been happening throughout, despite all evidence suggesting otherwise. There is no reason to think the US willingness to talk peace is anything but a recognition that it’s better than an outright military loss, let alone proof the war is working.