Following the Monday summit in Helsinki, Russian President Vladimir Putin confirmed in an interview that Russia is fully prepared to extend the New START nuclear treaty. He said it only required some specifics about US compliance to be discussed. 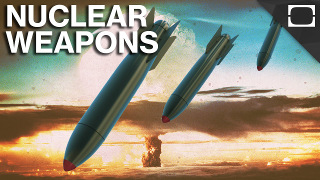 On Thursday, Putin emphasized the importance of starting negotiations on the treaty immediately. He warned that without the talks starting immediately, there was little chance for them to be finished before the treaty’s expiration.

New START was agreed to in 2010, and caps the number of deployed nuclear warheads by both the US and Russia. The treaty is scheduled to last for 10 years, and can be extended another five. Both sides claim to be in compliance with these limits, though Russia has contested claims with respect to some specifics on the US side, saying they have no way to verify how some US submarines are being used.

President Trump has at times criticized the deal’s negotiation, but has not provided any indication he didn’t intend to extend it. At the same time, there has so far been no negotiation on that process, which seems to have Putin worried that time is going to run out.