Negotiations between President Trump and Russian President Vladimir Putin concluded with a joint press conference. The comments by the two revealed, as expected, no major deals were reached, but that some fairly vague plans for improved cooperation were agreed upon. 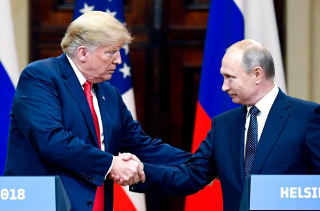 There were disagreements, with President Putin faulting Trump for the withdrawal from the P5+1 nuclear deal with Iran, and urging Trump to be more decisive in pushing Ukraine toward peace talks with its eastern rebels.

President Trump brought up the issue of election interference, and accepted Putin’s denial. He praised Putin as a strong leader and competitor. He also defended his decision to attend the summit despite calls by US lawmakers to cancel it.

The conference ended with increasingly confrontational media questions about election meddling, with Trump reiterating that while he has faith in the FBI for investigations, he sees no reason not to believe Putin’s denial.

With so much bipartisan Congressional opposition to even attending the summit, unsurprisingly the summit’s end was met by furious condemnations from both sides of the aisle. Sen. John McCain (R-AZ) called the talks the “one of the most disgraceful performances by an American president in memory.”

Rep. Nancy Pelosi (D-CA) went even farther, not only faulting Trump for his weakness at the summit, but declaring that weakness to be “proof” that Russia has something on him and is threatening to release it.