With heavy expectations for the first summit between President Trump and Russian President Vladimir Putin, administration officials are desperately trying to downplay Monday’s talks, with Trump saying he’s come into the talks with very low expectations. 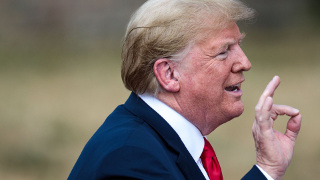 “Nothing bad’s gonna come out of it, and maybe some good will come out,” Trump said. He followed this up with a series of Tweets complaining that it would never be good enough for his critics.

Ambassador Jon Huntsman sought to lower the bar even more on the summit by insisting the media is making a mistake in calling it a summit at all, saying it’s only a “meeting.” He emphasized the need to hold Russia accountable.

With this being the first real get together for Trump and Putin since the 2016 election, however, it is significant in and of itself, and represents a substantial moment in the two leaders feeling out one another on important issues.

Which is not to say that either will push too hard on any particular issues. John Bolton says the US isn’t looking for any “deliverables‘ in the talks at all. Others have indicated that the whole point this time around is to clarify their respective positions and try to find some areas of agreement.

The lack of diplomatic engagement between the two sides up until this point, and acrimony between Russia and virtually all NATO countries in recent years means a lot of exchanges on differences on opinion simply haven’t been happening in recent years. This has given way to the assumed policy of the other side often being little more than a parody of their position, using cherry-picked worst-case quotes and broad assumptions of the one another’s inherent unreasonableness.