According to the Nangarhar provincial governor’s office, Afghan military forces carrying out operations in the province’s Khogyani District. This involved airstrikes that caused a number of civilian casualties. 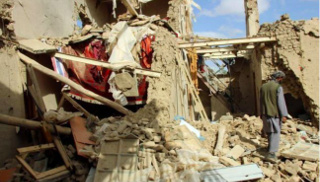 Six civilians were reported killed and four wounded. The attacks also damaged a mosque, and 21 vehicles parked in the area. The Afghan military didn’t confirm or deny this, saying it is under investigation.

This incident, by all indications, is part of a protracted Afghan military operation, in and around Nangarhar Province, which has been ongoing for weeks. These operations are focused on ISIS forces in the area, which Afghans claim to have done major damage to.

There have been several offensives against the ISIS affiliate in Afghanistan, which is centered on Nangarhar. Afghan officials have claimed ISIS to have been totally wiped out multiple times, only for them to reemerge within weeks after the offensive ends.