The US State Department issued a statement Wednesday warning European companies against investing in Russia’s Nord Stream 2 natural gas pipeline. They warned nations that invest with Russia could face US sanctions for doing so. 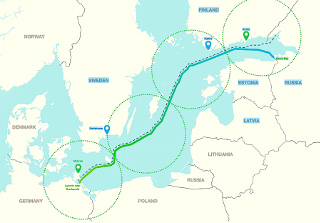 With US officials already threatening Europe with sanctions over Russia, this is just the latest step in discouraging Europeans to do business the US doesn’t like. Yet Europe is heavily reliant on Russia for energy imports, and the pipeline is certain to continue irrespective of US wishes.

The US has long opposed Nord Stream 2 because it is an alternative to Nord Stream, Russia’s existing pipeline through Ukraine. Russia sought the new version because Ukraine at times refuses to pay for its gas and gets cut off, and with no alternative route, this could mean cutting off all exports to northern Europe.