Speaking to the Fars news agency, Iranian Vice President Eshaq Jahangiri warned that US sanctions are going to hurt the Iranian economy, but said that the country would continue to sell as much oil as possible internationally. 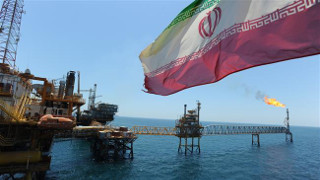 Jahangiri says that while the US goal is to cut Iranian exports to zero, they will quickly learn that they don’t have the capacity to stop all Iranian oil sales abroad. He added that Iran is determined to keep its banking system running.

To that end, Iran’s central bank is requesting the transfer of large sums of cash from its bank accounts in Germany. The US is pushing Germany to refuse this request, but it’s not clear there is a legal basis to do so, as Germany is a party to the Iran nuclear deal and unlike the US, has not disavowed it.

US sanctions from the withdrawal from the nuclear deal don’t formally go into effect until November, and Iran is scrambling to get as many assurances from other countries as they can that commerce will continue to flow. The US has been warning countries like China and India that they would face punishment if they keep trading with Iran.

One thought on “VP: Iran Will Sell as Much Oil as Possible During US Sanctions”