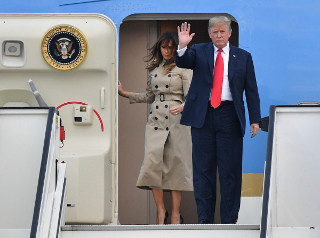 While Trump’s demands differ little from those of past administrations, NATO nations have been very public about expecting a confrontation this time. European Council President Donald Tusk was already going after Trump in public statements on Tuesday.

Tusk warned Trump needs to “appreciate your allies, after all you don’t have that many.” This statement followed Trump complaining about the trade deficit with the European Union and the expectation that the US will keep spending on defense for Europe.

NATO nations largely don’t intend to meet US demands on military spending. In prior years, this has been a subject of some brief tension but quickly forgotten about after the summit. Many Congressional leaders are more comfortable with this approach as well.

That’s why the Senate voted 97-2 on Tuesday to pass a non-binding resolution expressing support for NATO. The bill urges the US to remain committed to NATO’s mutual self-defense clause, and calls on Trump to rush moves against Russia for meddling in elections. Sens. Rand Paul (R-KY) and Mike Lee (R-UT) were the two no votes.

34 thoughts on “Trump Faces Resistance on NATO at Home, and Abroad”