The defeat of ISIS in eastern Syria and western Iraq meant them losing control over effectively all of the cities. Both Iraqi and Syrian governments were eager to declare victory when this happened, but ISIS didn’t vanish, they just fled into the desert. 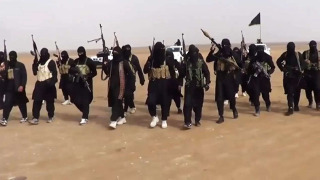 Those remnants are still around, making their presence felt across the desert region, and occasionally carrying out attacks against the various forces operating in the cities nearby. Last week, this meant a roadside bomb targeting a US convoy.

For the US, this clearly wasn’t the plan. Having lost their cities, ISIS was supposed to be demoralized, and collapse in short order. Instead, the group remains resilient. Worst of all, they’re not exactly in a place where they’re easy for US forces to target.

The desert is a big place, and locals say that clearing ISIS from the vast Deir Ezzor desert and the vast Anbar desert is virtually impossible. Secretary of Defense James Mattis warns that there is still “hard fighting” ahead.

It’s fighting the US isn’t necessarily ready for. The thousands of US troops sent after ISIS were prepared to take cities, but ISIS has remade itself since then back into an insurgency operating in remote areas. The ISIS leadership is spread out, meaning killing one won’t bring down the whole organization. This is something the US has struggled to cope with against other insurgencies, and looks to be a prolonged problem in the ISIS war, with Mattis reiterating that the US is committed to fighting for the long-term.