NATO is facing a summit this week, during which many nations expect to have tense words with President Trump. The focus of the dispute is expected to be on the military spending of other NATO nations, with Trump long insisting NATO needs to pay more. 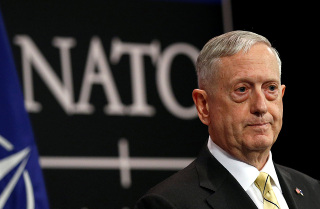 Moving toward that confrontation, NATO nations see Defense Secretary James Mattis as a key ally, as the top US official resisting Trump’s policies, and supporting NATO’s European members in general.

Mattis, after all, has counseled the NATO member states to judge the US based on its actions, and not on what Trump has Tweeted. Done quietly, this earned him a lot of appreciation across NATO, but it also sets him at odds with Trump.

Increasingly, Mattis is seen as having fallen out of favor within the administration, and despite his high-ranking position the indications are that Trump doesn’t like him, and generally doesn’t listen to him on contentious issues.