The small South Korean farming village of Soseong-ri is hosting growing protests, as it has been playing host to THAAD missile defense systems set up there by the US. The locals are none too happy to have them there. 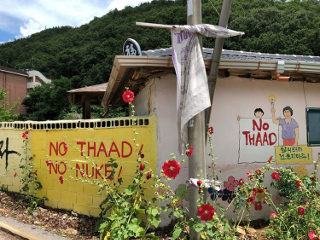 This is a concern some locals have expressed since the THAAD were put there. The missile defense systems are potential high-value targets in the event of war, and it makes this small farming village a much bigger target than it normally would be.

Resistance to the THAAD is growing. Locals now are also complaining that the US generators installed to power THAAD are noisy, and that there is a lot of military helicopter traffic in and around the area that is disrupting their once quiet lives.

With peace progress being made with North Korea, there is also some sense that the THAAD, which President Moon never authorized the US to deploy in the first place, doesn’t need to be there. US officials are showing no inclination to remove them, however.