New reports on last month’s clash between US-led coalition and Syrian troops near al-Tanf reveal that British forces were not only involved, but that a British Typhoon fighter dropped a bomb on Syrian forces during that fight. 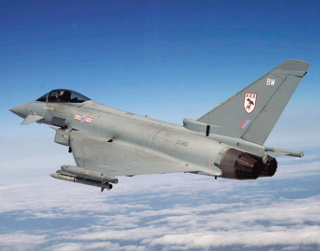 US and allied forces attacked the Syrian troops when they decided they were too close to the US base at al-Tanf, which the US nominally uses to “train rebels.” Syrian forces returned fire, and it was during this exchange that the jet dropped Paveway IV bomb.

The British bomb is the first confirmed British airstrike on Syrian troops, and reportedly killed one Syrian Army officer, while wounding seven others. The Defense Ministry was quoted in the Sunday Times as saying the strikes were “wholly proportionate.”

While al-Tanf was originally intended to prop up rebels spanning the towns on the Syria-Jordan border, those towns have almost entirely surrendered to the Syrian government since. The US retains al-Tanf, however, and continues to use proximity to it as a pretext for strikes.