South Korea surprised the world on Wednesday, when a 2-0 victory over Germany in the World Cup eliminated the German national team, who had won the previous event. Unfortunately for the South Koreans, this was still not enough to get them into the knockout round. 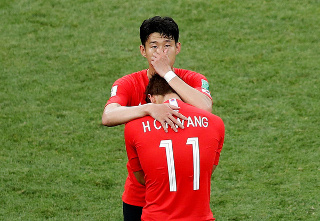 That’s bad news for South Korea’s national team, and worst news for the players, who are now facing conscription into the nation’s military, which many South Koreans see as punishment for their poor performance.

South Korea has universal military conscription, but in the past has offered exemptions for successful national sports teams. In 2002, for instance, a World Cup roster was given a full exemption, as have national baseball teams and Olympic medalists.

Fans are unhappy with this move, saying it is unfair to conscript this team, with some players heading into the prime of their careers. They fear this will hurt the national team in years to come, and are petitioning President Moon Jae-in to extend the exemption.

The petition says that the talented players are “wasted ion the military.” Officials have yet to respond to the petition. Some players may have another opportunity to win their way out of the draft in the summer Asian Games, but some, including many of the most talented players, are signed to overseas teams who don’t always let them off to participate in such events, which unlike the World Cup are not FIFA sanctioned.

Son Heung-Min, a star for Tottenham Hotspur and arguably the best player in South Korea, for instance, missed the 2014 Asian Games when his former team, Bayer Leverkusen, refused to let him play. Tottenham hasn’t addressed the matter yet.