Adding to the civilian casualties in Yemen since the 2014 Saudi invasion, Saudi warplanes attacked a busload of displaced civilians in the Hodeidah Province on Tuesday, killing nine civilians and wounding 11 others. 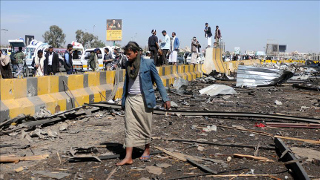 A large convoy of civilian vehicles was fleeing Hodeidah at the time, as Saudi-led forces are attacking that city. The bus that was attacked was stopped at a military checkpoint. Local officials said the attack was “a mistake.”

Saudi airstrikes have killed huge numbers of civilians throughout the Yemen War. As with today’s strike, many of them have no obvious military intent, and seemingly just hit a group of civilian bystanders at random. This has fueled a lot of international criticism of the war.

Saudi officials have promised to try to improve “targeting” in Yemen, and the US has recently stepped up its involvement in picking such targets. Despite this, there is no sign that the rate of civilian deaths is slowing down at all.