A proposed long-term ceasefire between Hamas and Israel was supposed to see an airport and seaport set up in the blockaded Gaza Strip. This plan is still in its infancy, but Israel is already looking for an alternative to actually allowing the Palestinians a real port, and real maritime access to aid. 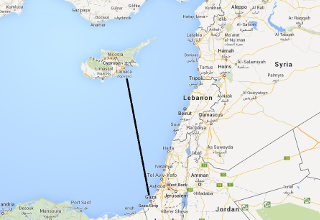 On Tuesday, the Cypriot government confirmed that they’ve have been asked by Israel to allow the establishment of a “shipping point” on their island which would serve as a place to send Gaza-bound goods to.

Instead of letting ships deliver aid straight to Gaza, they’d drop the aid off in Cyprus, who would then forward it to Israel. Then, Israel would ferry the goods through an overland crossing into Gaza. This, of course, continues to give Israel total control over what aid would be allowed in, and history has shown, that’s not much aid at all.

Cypriot officials say the proposal is being examined but a decision isn’t imminent. Hamas has said they don’t intend to discuss the proposal until they secure a release of Hamas members held by the Israeli government.