The last major rebel-dominated area in Syria is in the northwest, centering on the Idlib Province, and the northern portion of the neighboring Aleppo Province. A lot of rebel groups are packed into this area, centering on two major alliances, the Hayat Tahrir al-Sham, and the Syrian Liberation Forces. 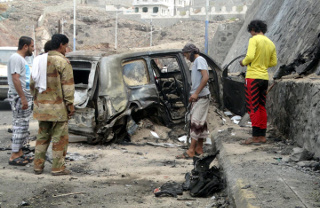 These two groups don’t get alone well. Both view resisting Syrian government invasion as a top priority, but often end up fighting one another. This has provided openings for the Syrian military at times. Increasingly, however, it is also being exploited by ISIS.

ISIS was once a major player in this region, particularly in Aleppo, but has since been supplanted almost entirely. They don’t hold any cities, but they have a lot of cells still scattered around. This has allowed them to go after the rival rebels, particularly when they’re busy fighting one another, in assassination attacks, or high-casualty car bombings.

These strikes are picking off a lot of second-tier rebel leaders, and have sparked more rebel priority to try to root out ISIS remnants. This, ironically, leads to even more infighting, as the rival groups often accuse one another of trying to take advantage of ISIS, and further weakening the region’s defenses.