May 12’s Iraqi parliamentary election led to a surprising result, with cleric Moqtada al-Sadr’s bloc winning a plurality. Sadr, a nationalist with long opposition to both US and Iranian influence, saw some early resistance from both countries, and their allies. 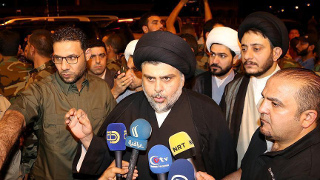 But Sadr has eventually brought together the other major Shi’ite parties, forming an alliance with Iran-backed militia leader Hadi Amiri and Prime Minister Hayder Abadi. These three combined are very close to forming a government.

But more important than just the seats gained by these alliances, they’ve also managed to see resistance, especially Iranian resistance, evaporate. It’s not clear how power-sharing will work, but with Amiri and Abadi in tow, Iran can likely expect some of its close allies will be in positions of influence.

The US also seems more or less resigned to the results, and are hoping that Abadi eventually ends up retaining the premiership, as he’s been very easy to manipulate in supporting US military presence inside Iraq.