A priority goal of South Korea since a pair of successful summits with North Korea, officials say bilateral discussions are under way on the possible relocation of North Korean long-range artillery systems away from the border. 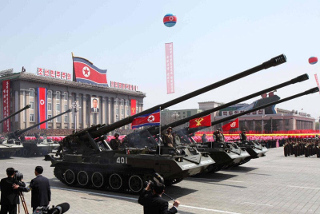 An estimated 1,000 artillery pieces are stationed along the border with sufficient range to hit the South Korean capital of Seoul. A vastly populated metro area of over 25 million people, it has long been feared that a full-scale artillery strike on the city could kill millions.

Before North Korea developed its nuclear arsenal, this vast collection of artillery was the main deterrent to prevent a US and South Korean attack. With a peace deal under discussion, this would be a huge concession for North Korea to make, reflecting a commitment to a peaceful future.

Some South Korean officials have suggested that the relocation of the artillery is actually a “demand” they placed on the north. South Korea is said to be offering some new measures of their own, but what they are remain uncertain.