Just days after seizing the entrance to the airport outside of the key Yemen port city of Hodeidah, Saudi and UAE-led forces have stormed into the compound, seizing substantial amounts of the airport, and engaging in heavy fighting. 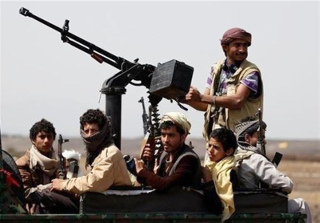 Locals say that they can hear the sounds of artillery and machine gun fire in the area, as what had been a slow advance with limited direct conflict is now turning into more serious firefights. Some reported that the Houthi rebels even used tanks in the area.

The locals in particular expressed concern at how close the sounds of fighting were getting to the populated areas. The Saudis have been launching airstrikes in the city, but fighting has so far been restricted to the city’s outskirts.

While all of this fighting is going on on the city’s southern edge, dock workers are still unloading aid from the ships managing to reach the port. Houdeidah is the lone port responsible for feeding some 8.4 million people, and what’s going to happen to those people after the port falls is unclear.