Iranian nuclear chief Ali Akbar Salehi warned in comments Tuesday that Iran’s government does not consider European offers sufficient to convince them to remain in the P5+1 nuclear deal. The US withdrew from the deal, and has tried to sabotage the sanctions relief offered by the remaining powers. 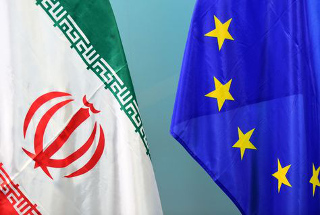 Iranian officials have said they will only remain in the deal so long as it benefits them. They have sought assurances of access to international trade, including financing of projects by European banks, and the ability to continue selling oil on the international market.

European nations may ultimately offer that, and Iran hasn’t set any deadline for getting more out of the remaining parties in the deal. This means Iran never really has to say they are satisfied with what is being offered, and can always angle for a bit more. So long as they remain in the deal, they have ample time.

3 thoughts on “Iran: European Proposals Not Enough to Save Nuclear Deal”