Turkish warplanes carried out a Friday night attack in the northern Iraqi region of Qandil. Officials say the airstrikes were directed at the Kurdish PKK movement, which Turkey accuses of having a large presence in this region. 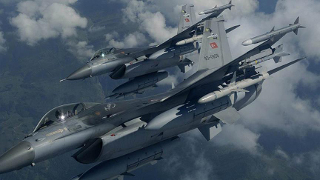 The PKK is considered a banned terrorist group in Turkey. During a ceasefire i recent years, many PKK fighters relocated to northern Iraq, to wait for the results of peace talks. The talks ultimately collapsed, and Turkey resumed strikes on PKK in Turkey, and those who remained in Iraq.

Turkish President Erdogan says the strikes were targeted at what was believed to be a meeting of PKK figures in Qandil. 35 were reported killed, and Erdogan says he believes some of them may have been “high-level” militants within the group.

While the Iraqi government has mostly not objected to Turkish operations against the PKK, that is not true of people in Iraqi Kurdistan, particularly those local to the targeted areas. Turkey has often been accused of striking recklessly against Iraqi targets s well, and making some parts of the autonomous Iraqi Kurdistan region virtually uninhabitable.