French newspaper Le Figaro is quoting unnamed French military sources as saying that French special forces have been deployed to Yemen. The troops are said to be present with Emirati troops on the ground. They did not specify where in Yemen. 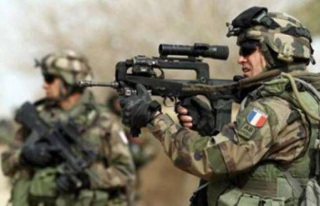 France’s Defense Ministry is not commenting specifically on the special forces report, but did deny that any French troops are present in Hodeidah port. They also insisted that the French military is not part of the Saudi-led coalition attacking Yemen.

The French government has not formally commented on ever having sent troops to Yemen in the first place. Earlier this week, French officials suggested they were open to demining operations in Hodeidah, but only after the Saudi-led forces finishing conquering it.

It is interesting, however, that the French have been making so many statements denying involvement in the Saudi-led coalition, when it turns out they do have ground troops active in Yemen, embedded with the Emiratis, themselves top coalition members.

This mirrors similar denials from the Pentagon that the US is participating in the Yemen War, when US troops are operating along the border and the US is helping the Saudis select targets to bomb.

This is likely because the Yemen War is wildly unpopular internationally,  and nations are desperate to avoid complicity in human rights violations. At the same time, these nations seem unable to resist the allure of joining the Saudi-led war, and selling the Saudis billions in arms.

9 thoughts on “French Special Forces on the Ground in Yemen”