Reports from the UN and from international monitors show that the civilian death toll in Iraq has been dropping dramatically this year. The end of ISIS as a territory-holding faction has seen large-scale violence on the decline. 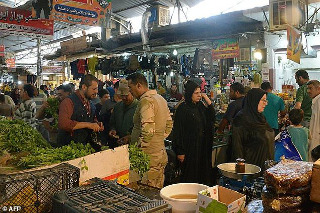 Not that death tolls are anywhere near low, or the norm for peacetime. 477 Iraqis were killed in violence in the first five months of 2018, which is still pretty high. It’s almost 80 percent less than the same period of 2017, where 2,014 were killed.

When including political and religious violence, the same percentage decrease is seen, from 7,708 killed to 1,818. This is a substantial decline again, but still leaves Iraq much more violent than much of the rest of the world.

This decline is likely to further underscore Iraq’s victory over ISIS, and may also lead to a rethink of Iraq permitting large overseas military presence. This is especially true as Moqtada al-Sadr, who won the May election, was critical of the US military presence already.