Reuters is reporting on the details of a draft version of the Yemeni ceasefire plan being negotiated by the UN. The deal envisions security concessions on both sides, with the Houthis giving up their ballistic missiles in return for an end to all Saudi airstrikes against Yemen. 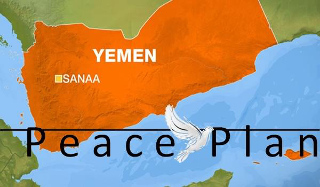 The plan as currently composed also has a plan for the creation of a transitional government, promising “adequate” representation for all political factions. This is intended to happen at some point after the cessation of hostilities.

The transitional government is also the most likely stumbling block for this deal. Past talk of deals saw the Houthis eagerly agreeing to ceasefires and talks of a move toward free elections. The Saudis also gave some support to this idea, but the Saudi-backed Hadi government has objected to the idea of any power-sharing deal, viewing it as undermining their own claims to be the “rightful” government of Yemen years after Hadi’s term in office should’ve ended.

UAE officials are the ones most loudly backing the new plan, insisting this will involve the Houthis ceding all their major cities. Where this leads to next is unclear, but the language is still just a draft, and could well change going forward.