US African Command (AFRICOM) issued a statement on Monday reporting an airstrike in northern Somalia, near the Puntland city of Bosasso. The airstrike killed 27 people, and AFRICOM claimed every single one was an al-Shabaab militant. 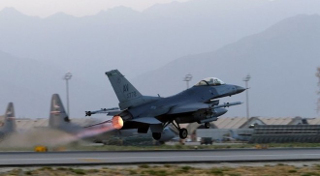 The statement not only referred to all of the slain as al-Shabaab “extremists,” but also insisted that they had assessed that not a single civilian was killed. It’s not clear how such an assessment would be made quickly after strikes in report area.

And generally such statements are of questionable accuracy. Reports of civilian deaths in US actions in Somalia are common, though the US often ignores such reports, and the Somalia government tends to deny them even if locals bring the bodies to the capital.

The US has greatly escalated its involvement in Somalia since President Trump took office, greatly expanding Pentagon authority to carry out actions inside the country. US forces are on the ground in Somalia, and airstrikes are increasingly common.