US and coalition airstrikes over the weekend have killed at least 20 civilians in northeastern Syria, with eight killed in an attack in Deir Ezzor Province, and 12 more, all members of a single family, killed in an attack on the village of Hidaj, in Hasakeh Province. 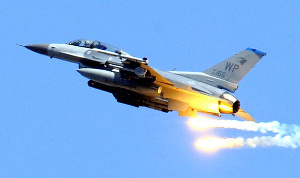 The strikes targeted remote areas in both provinces along the Euphrates River, in desert areas where ISIS forces are believed to have fleed. There was no indication that either strike actually hit any ISIS fighters, however.

That’s been an ongoing problem, as while ISIS routed quickly and scattered out of the cities, where exactly they all ended up is less clear. The US is interested in picking up airstrikes against ISIS in a new offensive, but isn’t entirely sure where to aim them.

The US has yet to comment on either of the incidents. This is not uncommon, as while watchdog groups have documented massive numbers of civilian deaths in US strikes, the Pentagon confirms only a very small fraction of them.