Rapidly escalating strikes along the Gaza-Israel border on Tuesday came to an abrupt end Wednesday morning, with a ceasefire reported. There were no reports of further attacks from either side after the ceasefire was agreed to. 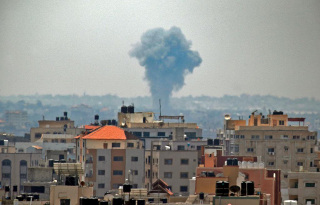 This was a deescalation rarely seen in the border area, where such strikes tend to take a bit to calm down. Israeli officials were quick to note this isn’t even a formal ceasefire, just an informal arrangement made with the help of Egypt.

This is an important distinction because there are also efforts to broker a long-term ceasefire between Israel and Hamas, a formal document that would aim to bring prolonged calm to the tense border. This, however, was just a makeshift agreement on the recent escalation.

Israeli analysts suggested that the ongoing war in Syria made a quick Gaza deal particularly important to Israel, as the current far-right government considers the fighting in Syria to be a higher priority, and their immediate focus.