President Trump’s withdrawal of the US from the P5+1 nuclear deal with Iran hasn’t halted international companies from working with Iran. It has, however, given Chinese and Russian companies a substantial advantage in securing these deals, at the expense of the European companies that had been getting them. 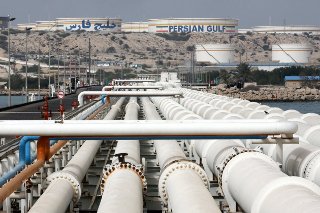 State-backed companies in both Russia and China have been aggressively pursuing contracts with the Iranians in recent weeks, while European companies that already had some deals, like France’s Total S.A. and Germany’s Siemens have been very cautious.

This caution, in spite of the EU promising to block US sanctions, is costing these companies in the process of getting the contracts. The Russian and Chinese companies both seem to have a lot more faith in their respective governments both keeping the Iran deal intact and keeping the US from targeting them.

This could be a double-edged sword for Iran, however, as while they secure important deals with Russian and Chinese companies, the EU may find it has less financial interest in the deal, and less inclination to stand up to President Trump’s attacks on it.