Violence continues to escalate in northwestern Cameroon’s breakaway region of Ambazonia, where army forces have been killing scores of members of the English-speaking minority. The slain have been labeled as “terrorists.” 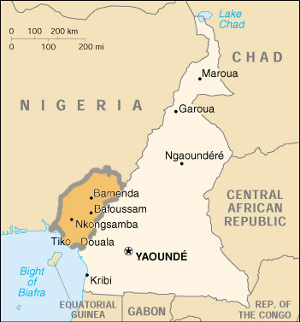 Political opposition figures from the area have accused Cameroon’s military of conducting targeted killings in the region, particularly going after those who either support separatism or increased autonomy. The army confirmed the most recent killings, saying they were “several neutralized terrorists” who were staying in a hotel before they were killed en masse.

Cameroon’s Army has been vigorously targeting everyone in favor of this in recent years, and the nation has set up a military tribunal which is handing out heavy prison sentences to the rare prisoners taken by the military and not just killed outright. The charges center on conspiracy to commit acts of terrorism, and “provoking civil war.”

Cameroon’s President Paul Biya has dismissed calls for increased autonomy for the region, and said that national unity is “not up for negotiation.” Even on occasions where protesters have tried to organize in neighboring countries, particularly Nigeria, the Cameroon government has managed to get them arrested as insurgents.