Since their first acquisition of F-35 warplanes from Lockheed Martin in December of 2016, the Israeli military claims that they have become the first nation to have used the planes in combat, having used them in attacks “twice on two different fronts.” 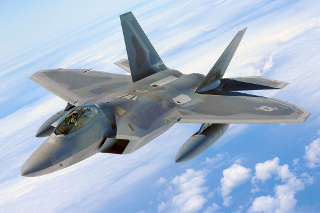 The revelation was originally made on the Israeli military’s Twitter account. Maj. Gen. Amikam Norkin later revealed the quote about two different fronts, and showed a picture of an F-35 flying over Beirut, Lebanon.

Israel has yet to confirmed either of the fronts the plane was used in. The plane overflying Lebanon suggests that one of them was either an attack on Lebanon itself, or perhaps more likely neighboring Syria. Most Israeli attacks on Syria originate in Lebanese airspace.

Israel has attacked a lot of places since December 2016, however. Other candidates include the Gaza Strip, Sudan, and Egypt’s Sinai Peninsula. Israel attacks Gaza and Syria the most often, but with no air defenses Gaza would be a strange place to use the pricey Lockheed warplanes.