The Trump Administration has announced a new round of sanctions against Iran’s financial institutions today, and singled out a handful of individuals, including the Iranian Central Bank’s governor, as a “terrorist” for his banking activities. 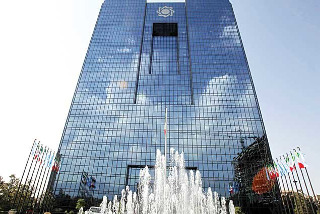 Bank governor Valiollah Seif is accused of allowing funds to be transferred to Lebanon’s Hezbollah movement from Iran’s central bank, with Iraq’s al-Bilad Islamic Bank acting as an intermediary.

The point of these sanctions is to make it even more difficult for the international banking community to do business with Iran without threatened punishment from the US. The US has long done this as a way of preventing European and Asian businesses making deals with Iran, despite international sanctions no longer barring such deals.

Putting a central bank governor on the list of terrorists because of banking activities is all but unheard of. It is, however, reflective of Trump Administration eagerness to ramp up sanctions on Iran, and hopes that they can intimidate the world into going along with unilateral US sanctions.

One thought on “US Imposes New Sanctions on Iran, Labels Central Bank Head a Terrorist”