According to Kurdish officials, US troops in the Syrian city of Manbij are setting up a new military base inside the city. The base is intended to house US troops as well as French troops that are presently in the city. 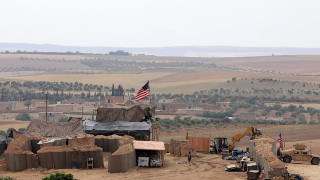 Manbij was captured by the YPG in a US-backed offensive. Turkey objected to this, on the grounds that Manbij is not a Kurdish city, and have demanded the Kurds leave. Turkey has repeatedly threatened to attack the city militarily, and has suggested they would target US and French troops if they are helping the Kurds in the city’s defense.

The establishment of the new base is something of a surprise. Turkey’s Foreign Ministry has suggested there are ongoing talks with the US on resolving the situation in Manbij, which Turkey envisions involving expelling the Kurds. The US, however, seems to be digging in.

The YPG’s statement is also confirmation that French troops have entered Manbij. France has troops elsewhere in YPG territory, but Turkey responded very aggressively to reports they would send troops to Manbij to coordinate with US and British forces already there.

Turkish officials have accused the other major NATO members of supporting “terrorists” by helping the YPG. Turkish President Erdogan has suggested Turkey’s intention is to take all Kurdish territory in northern Syria.

One thought on “US Troops Set Up New Base in Syria’s Manbij, Despite Turkey Threatening to Attack City”