While most of the world is condemning President Trump for dishonoring the P5+1 nuclear deal with Iran, there are a handful of nations that are cheering the move. Foremost is Israel, who envision it leading to regime change in Iran. 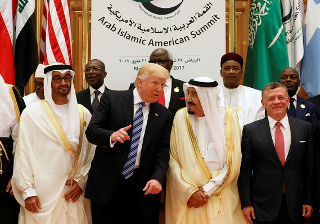 Saudi Arabia and the other Gulf Arab states are also cheering the move, presenting it as a “victory” for their longstanding objections to any deal which offers Iran any sanctions relief. They also see this as a big victory for Sunni regional influence at the expense of Shi’ite Iran.

Pressure from Iran’s rivals in the Middle East, who all have close ties to the US, was doubtless a big part of Trump’s decision to kill the deal. Not everyone in the region is happy, however. Turkey in particular was deeply critical of the move.

Turkish government spokesman Ibrahim Kalin warned that Turkey is concerned that the US pullout from the deal will cause new regional instability and a number of new wars. Ironically this appears to be very much the point for proponents of killing the deal as well, as they hope it will lead to a US war against Iran, with America imposing regime change and installing a weaker government.