Britain, France, and Germany have issued statements following President Trump’s withdrawal from the P5+1 nuclear deal, warning the US that they must “avoid taking action which obstructs” the rest of the signatories from continuing with the deal. 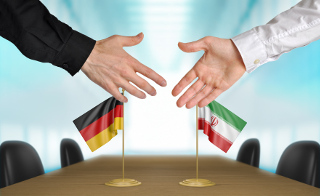 Iran plans to stay in the deal, as do the other P4+1 nations. This involves substantial sanction relief for Iran and allowing Western businesses to trade with Iran. Though the US never really complied with this, European nations have tried to allow such deals, and don’t want the US to stop them.

That seems to be exactly what the US intends, however, with Ambassador Richard Grenell warning German companies that they’d better “wind down” any business ties they have with Iran. Grenell warned US sanctions will target Iran’s economy, and this is likely to include any European companies doing business with them.

These early signs point to the Trump Administration expecting everything to go back to pre-2015 Iran deal levels, with Iran under an effective global trade ban. No one else seems interested in doing that. Since the US made this decision unilaterally, over the objection of all other signatories, many are likely to resist the US demands.