As results begin to come in from Sunday’s Lebanon parliamentary election, a decisive shift has emerged. Though exact seat numbers are not finalized, Prime Minister Saad Hariri’s party has lost decisively, while Hezbollah and its allies are putting together a narrow, but absolute, majority in parliament. 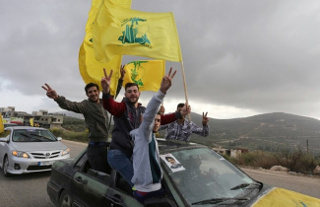 Hezbollah is terming the results a “great victory,” with most estimates having their bloc of allies securing around 67 seats out of 128. Hariri has confirmed that his Future Movement lost at least a third of its seats, down to an estimated 20-21.

This almost certainly means that, once finalized, Hariri’s premiership is over. Hariri has long been a rival to Hezbollah, and one of the Sunni parties within Hezbollah’s March 8 Alliance would have every reason to expect a majority would mean they get the spot.

Lebanon has an informal system of power-sharing among religions, with a Sunni prime minister, a Shi’ite parliament speaker, and a Maronite Christian president. This means all substantial blocs with an ambition to government need to have at least some members of each religion.

It is too soon to speculate who a March 8 prime minister would be. The most recent was Najib Mikati, who most recently served in 2011-2013. There likely won’t be that many choices, as the alliance is predominantly Christian and Shi’ite, with only small Sunni representation.