The White House has issued a statement objecting to China “militarizing” the South China Sea on Thursday, following the installation of missiles at multiple Chinese defense facilities in the region. 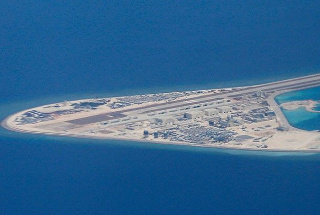 Both anti-ship and air defense systems were installed by China at sites on artificial islands created in the Spratly chain. The Spratlys are legally contested by both the Philippines and Vietnam. The US has made a habit of backing all claims in the South China Sea so long as they conflict with China’s.

The Chinese Foreign Ministry issued a statement confirming the deployments, saying they were only deploying necessary defenses to protect Chinese sovereignty. They added that nations who don’t intend to violate Chinese sovereignty don’t need to worry about the missiles.

The US has objected to China building the islands, and positioning defenses on them, claiming this violates international law. The US often sends warships near the islands to publicly challenge Chinese claims. Though this has led to some criticism from China, in practice it has meant very little.

Vietnam tends to be more proactive about their Spratly claims than the Philippines does. Neither can seriously contest Chinese claims, however, and the Philippines has expressed concern US efforts would suck them into a war with China.