ISIS bombers attacked two voter registration centers in Afghanistan on Sunday. The first, and biggest attack hit Kabul, while a smaller, secondary attack struck outside a center in Pul-e Khumri, in Baghlan Province. At least 63 were killed, and over 100 wounded. 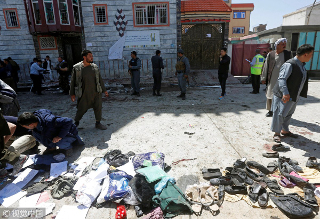 The Kabul attack left at least 57 people killed by itself. Identities are not available, but the site attacked was in the Shi’ite-dominated part of the capital. ISIS referred to the attack as targeting “apostates,” suggesting they were trying to kill Shi’ites. This is common for them, as ISIS often goes after religious minorities.

The second, smaller attack in Baghlan Province didn’t actually hit the registration center itself. Instead, it was a roadside bomb which hit a vehicle outside of the center. A family of six were killed, and ISIS also claimed credit for this.

Afghan parliamentary elections are currently scheduled for October 20. The vote was supposed to take place in 2016, but was postponed over political reform questions. The reforms are still heavily debated, as they often are in corruption-rife Afghanistan. Selling the public on the merits of registering to vote is going to be difficult if groups like ISIS start making those registration centers a target.