On  Friday, Saudi Arabia carried out an airstrike against a vehicle traveling in the southwestern Taiz Province of Yemen. The attack killed all within the vehicle. Locals say 20 people were slain, all civilians. 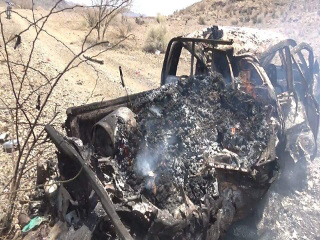 Details are difficult to come by on exactly who these civilian victims were. Six of the slain were identified, but the other 14 were all charred beyond recognition. Saudi coalition officials have not offered any defense for the attack.

Taiz Province is heavily contested between the Shi’ite Houthis and pro-Saudi forces. This has made it a focus of heavy airstrikes as the Saudis try to end the months-long stalemate. This has meant a lot of incidents of stray attacks killing civilians.

Saudi officials say that they “take this report very seriously,” and promised that the Saudi coalition would investigate the killings. This is a very atypical reaction from the Saudis, who generally don’t publicly acknowledge such incidents even happen.

Thousands of civilians have been killed in Saudi airstrikes throughout the Yemen War. This has caused considerable international criticism. So far, however, the UN has allowed the Saudis to police themselves on questions of war crimes. Any independent UN reports faulting the Saudis also tend to get quietly revised in the face of Saudi anger.