On Sunday, Ambassador Nikki Haley announced that the US would be sanctioning Russia, and that the Treasury Department would offer the details on Monday. The White House says that isn’t the case, and indeed that they never had any intention of Haley making the announcement. 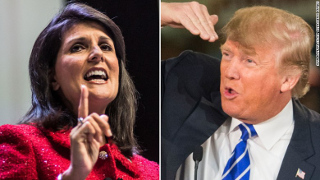 “We would not have rolled out sanctions through somebody saying them on a Sunday show,” White House officials noted. They said Trump hadn’t ruled out new sanctions, but had no intention of imposing any at this time.

Some reports are suggesting that Trump directly overruled his advisers on the sanctions. This suggests they may have been planning to just go through with new sanctions without a presidential imprimatur, though that has not been confirmed.

The State Department has yet to offer an explanation of how Haley got so mixed up on this matter. It may be another example of the administration’s general hawkishness toward Russia getting ahead of their ability to sell Trump on such measures.

Still, this does harm to Haley’s credibility. She’s been the public face of the administration too often for a US Ambassador to the UN. One positive to emerge is that Haley’s statements cannot necessarily be treated as gospel White House policy.